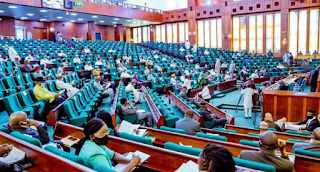 The Minority Leader of the House of Representatives, Ndudi Elumelu, on Wednesday, urged the House to demand resignation or sack of the Minister of Communications and Digital Economy, Isa Pantami, for once backing activities of Jihadist leaders and deadly Islamic sects.

Pantami has been under fire for once preaching the violent cause of extremist Islamist sects and Jihadist narratives of al-Qaeda and the Taliban before he became a minister in the cabinet of the President, Major General Muhammadu Buhari (retd.).

At the plenary on Wednesday, Elumelu raised a point of order to demand that the House acts on the issue. He particularly demanded the minister’s resignation or sack.

The Speaker, Femi Gbajabiamila, however, overruled the Minority Leader, noting that Elumelu came under the matter and the matter being raised had nothing to do with his privilege as a lawmaker.

“Your point of order is noted,” Gbajabiamila said and hit the gavel.

The plenary has since moved to other items on the House’ agenda.