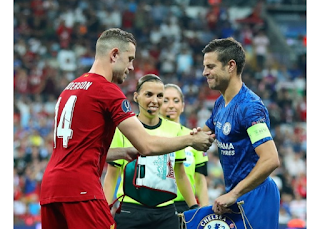 The drama kicks on, the story deepens, emotions rumble, and more and more high profile people speak out on the proposed European Super League.

There really is a united front across the game as fans, players, pundits, and even Government officials come together to condemn the Super League announcement, on the whole.

This is according to Mike Keegan of The Daily Mail, who has just tweeted on it. 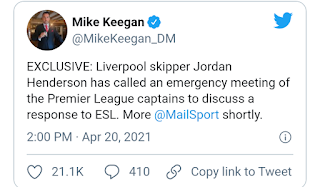 This looks to be all of the Premier League captains, which of course will include Chelsea’s Cesar Azpilicueta, and it makes you wonder what stance he will be taking on this, on behalf of his Blues team mates, who must be doing everything but focusing on tonight’s match against Brighton right now.