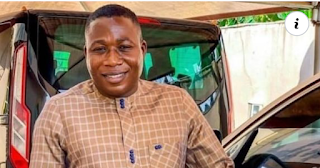 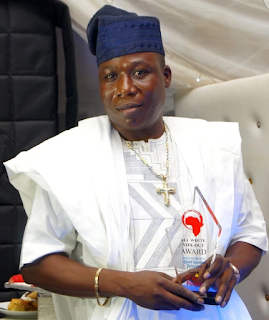 Some unknown gunmen have reportedly attacked the Ibadan residence of Yoruba activist, Sunday Adeyemo, popularly known as Igboho. According to the BBC Yoruba service, the attack occurred in the early hours of Monday morning, on April 26.

The publication stated that gunfire was heard in front of Igboho's house located in the Soka area of Ibadan. A spokesperson to the activist, Dapo Salami, told the BBC that the gunmen stormed the residence at 1am. He stated that the attackers were resisted by Igboho's supporters on the premises. Meanwhile, the Yoruba Council of Elders (YCE) has distanced itself from the secessionist call being championed by Sunday Igboho.

Igboho had recently said Yoruba is no longer part of Nigeria, calling on people of the ethnic group residing in the north to go back home. However, Kunle Olajide, the secretary-general of the YCE said Igboho does not represent the Yoruba people in his call for secession, The Cable reported. In another news, a report by The Nation indicated that Sunday Igboho was invited for questioning by the police over his alleged involvement in criminal acts.

This was made known by Alhaji Waheed Adetunji, a real estate agent in Ibadan, Oyo state who provided some documents as evidence to back up his allegations against Ighoho. According to him, the recent police invitation to Igboho was not because of his agitation for Yoruba nation. Meanwhile, the minister of information and culture, Lai Mohammed, says people agitating for secession will be the first to flee the country if such agitation leads to crisis.

Mohammed, who spoke on Sunday, April 18, in Lagos when he appeared on Bond FM radio programme, urged Nigerians not to listen to promoters of secession, The Cable reported. The minister insisted that secession is not the solution to the challenges facing Nigeria. He pointed out that issues in the challenges in the country are not new.