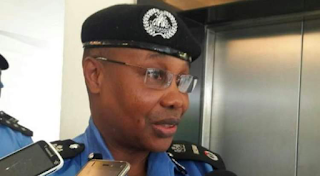 Reports by our correspondents showed that between Wednesday night and Thursday,   two persons were abducted in Ogun State, eight in Imo State, Rivers State, one;  and one Katsina State.

In Oyo State on Thursday, hunters and vigilantes told our correspondents that they had started combing forests for six people kidnapped in different parts of the state on Tuesday night.

The IGP, shortly after assuming office at the Force Headquarters, Abuja on Wednesday, promised to confront terrorism, banditry, kidnapping and secessionist agitations.

On Wednesday night in Ogun State, which has witnessed increased spate of kidnappings, a medical doctor and a nurse were kidnapped on the Abeokuta-Imeko road, where two fufu sellers were abducted two months ago.

The doctor, Oladunni Odetola, who  is the head of state General Hospital, Imeko in the Imeko-Afon Local Government Area and  the  nurse, identified as  Mrs Bamgose, were kidnapped barely 23 hours after  two Chinese nationals, who were abducted a week ago at Oba, were freed.

One of our correspondents  gathered that the medical personnel  were abducted by gunmen while driving in a Toyota Camry (Muscle) marked KTU 584 FR, along Abeokuta-Imeko road.

It was learnt that the gunmen emerged from a bush at Olubo village and attacked the health workers.

Sources told The PUNCH correspondent that the doctor’s car was left at the middle of the road, where it was discovered by the police.

It was further gathered that the police recovered  from the car, the doctor’s Nigerian Medical Association’s identity card and a minute of the association’s meeting.

When contacted,  the state Chairman of the NMA, Ogunlaja Oladayo,  confirmed the kidnap.   Oladayo said,  “Yes, it is true. But we have allowed the security operatives to do their job. We don’t want anything to jeopardise the process.”

Also confirming the incident,  the Police Public Relations Officer in the state,  Abimbola Oyeyemi, said,   “Police detectives are on the trail of the kidnappers.”

The NMA Chairman,  Oladayo, in an interview with one of our correspondents on Thursday evening, expressed concern about increase in cases of abduction in the state.

Oladayo, who described the abduction of the doctor and the nurse as condemnable, urged all the stakeholders to join hands in  the fight against insecurity.

The NMA chairman said, “It is condemnable.  It is not something we should support.  It is something all of us should rise up against including the media and the community because doctors are doing the humanitarian job for the community.”

When asked to assess the level of insecurity in the state, Oladayo said, “We are not satisfied. There are a lot of security breaches everywhere not just in Ogun State. It is all over our country.”

Kingoli was kidnapped at gunpoint while returning from a Peoples Democratic Party event in Okrika.

It was learnt that the gunmen intercepted him near the Woji bridge axis of Odili Road in Port Harcourt, fired some shots into the air to scare people and whisked him to an unknown destination.

“So all hands are on deck to ensure his early release. All the tactical units have been mobilised and we are hopeful that he would be rescued soon,” he stated.

Omoni said this as a clash between rival cult groups  left two persons dead in the old Port Harcourt Township on Wednesday night.

Residents of Bende and Victoria streets, as well as Aggrey Road in Port Harcourt, are now living in fear after the cult killings which occurred about 9pm near a popular pub on Bende Street.

Some residents,  who gave the names of the groups as Icelandos and Greenish,  said they were outside when suddenly the sound of gunshots forced residents running in different directions.

According to them,  those whose houses were nearby ran indoors to avoid being caught in the crossfire. They identified  the dead victims as Dike and Biggy.

“We were outside at a pub in Bende Street with friends when we heard gunshots from afar. We all ran into a room. Thereafter, we heard that they shot somebody and we saw the lifeless body on the ground,” a resident explained.

Similarly, a lady said, “As I was coming back from work. I heard gunshots from two different directions and then we ran for cover. After about five minutes, we came out, everywhere was quiet and some persons were still running. We were walking in groups.

“We heard that they shot somebody close to Baham Church on Aggrey Road. Then we heard another body was lying somewhere. But we didn’t bother to go close.”

When contacted, Omoni confirmed the cult clash, saying it was a battle of supremacy between two rival gangs, noting that a pistol was recovered when operatives went after the miscreants.

“I can confirm it. I think it has to do with this battle for supremacy between two notorious cult groups in the state. The other group came for an identified target and then shot sporadically.”

In Imo State,  there was fear on Wednesday night after  gunmen kidnapped the traditional ruler of Umueze Nguru in the Aboh Mbaise Local Government Area of the state, Eze Charles Iroegbu.

It was gathered that the gunmen also kidnapped seven other people in his convoy, including five traditional chiefs and two palace guards.

It was learnt that monarch,  who is the owner and Chief Executive Officer of All States Mass Transit and his cabinet chiefs, were kidnapped after attending a traditional wedding in Mbano.

Sources said they were heading back to their community when the gunmen stopped them and diverted their vehicles to another place.

One of the sources said “ His Highness and his cabinet chiefs were coming back from a traditional wedding in Mbano when they were kidnapped. This is unbelievable and there is fear and panic everywhere.”

The police spokesperson in the state, Orlando Ikeokwu, said that he could not confirm the abduction when he was contacted by one of our correspondents.