Kidnapping, banditry: 53 held in Osun, Kwara, others - The Naija Weekly 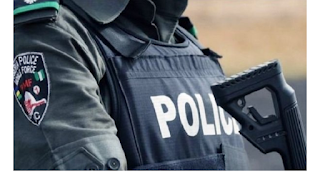 It was harvest of arrests for security agencies in Osun, Kwara and Plateau states on Thursday.

Fifty-three suspects arrested for banditry, kidnapping and cultism were paraded in Osogbo, Ilorin and Jos.

Commander of the special task force Maj.-Gen Dominic Onyemulu, said 17 were arrested for kidnapping and the remaining six for armed robbery and possession of illegal firearms.

Giving an update on the OSHP activities since his assumption of office as its commander, Gen. Onyemulu said:  ”On the 24th February, 2021, our troops in conjunction with personnel of the NDLEA on routine patrol on Lafia-Shendam Road, in Shendam LGA of Plateau State intercepted a passerby – Wisdom Amos. A search on the suspect led to the recovery of a Harrisburg pistol with registration number 18880 loaded with seven rounds of 9mm ammunition.”

He explained that troops of the operation on March 16 responded to a distress call over an attempted kidnap of one Alhaji Gambo Yawuro, a resident of Lishin village, Jingre Pengana chiefdom in Bassa Local Government Area of the state, where in collaboration with vigilance group members and locals, arrested 17 of the suspects.

He said the troops also arrested four members of a robbery syndicate during an operation on Haske-Lamingo road where they robbed a lady and threw her out of a moving tricycle. Also one Mohammed Mustapha was arrested with a fabricated rifle.

Gen. Onyemulu, however, renewed a command’s determination and commitment towards the protection of lives and properties in its areas of coverage.

In Ilorin, the Kwara State Police Command paraded 16 suspects for cultism. Four of them were female members of  Aiye and Eiye confraternities.

Police Commissioner Muhammed Bagega told reporters that the suspects were arrested in Oko-Olowo area of the metropolis, adding that his command explored the instrumentality of community policing and proactive intelligence.

Bagega explained that the anti-kidnapping and anti-cultists teams of the command, in collaboration with vigilance groups, stormed the suspects’ hideout at Oko-Olowo where the arrests were made.

He said his men recovered guns, machetes, axes, charms and weeds suspected to be India hemp, reiterating his readiness to collaborate with relevant agencies to bring crime and criminality to the barest minimum in the state.

He said that the command also raided a criminal hide-out in in Moro Local Government Area and recovered six locally-fabricated guns .

He urged members of the public to volunteer useful information to the police stressing that fighting criminals requires joint effort.

The Command, which paraded 20 suspects over alleged involvement in cultism, identified the kidnap-suspect as 20-year-old Hammed Muhammad, who with other suspects engaged the police in the gun battle.

Commissioner of Police in the state, Mr. Wale Olokode, told a news conference in Osogbo yesterday: “On March 6th, 2021 at about 5:30pm, a case of kidnapping was reported to us at the Ikire Division and we swung into action. While combing the bush, Ahmed was sighted and he engaged our men in a gun duel, but the superior fire-power of the security agents led to his arrest at Wasinmi/Egbu forest while the victims were rescued unhurt.

“The suspect confessed to the crime as effort is ongoing to arrest the other fleeing suspects. The suspect will be arraigned in court after the completion of the investigation.”