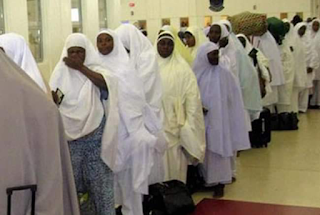 The Lagos State Muslim Pilgrims Welfare Board has said that the least amount to be paid for participation in the 2021 Umrah (lesser hajj) in Saudi Arabia is N1.37 million.

This was disclosed in a statement issued on Tuesday by the Executive Secretary of the Board, Mr. Rahman Ishola.

According to Rahman, the exercise has two different packages that the intending pilgrims can choose from.

He said, “The first package at a cost of N1.37 million includes stay at a Three-Star Hotel; Sahur (Morning meal) and Iftar (Evening meal) in Nigerian delicacies; Economy Class ticket with a reputable airline; Executive and convenient local transportation;

“The subscribers to the second package at a cost of N2.7 million would be accommodated at the Five-Star Ajyad Makareem Hotel in Makkah and Coral Hotel in Madinah. This is in addition to other benefits contained in the first package like Sahur and Iftar among others,” Ishola added.

The Board Secretary explained that the increase in fare was due to the strict implementation of the COVID-19 protocols by Saudi Arabia’s Ministry of Health, emphasising that the Umrah exercise will hold between April 27 and 15 May 2021.

He encouraged those who had already made initial deposits to endeavour to pay up the balance for the package of their choice and forward evidence of payment (teller/bank receipt) and International Passport to the Board on or before April 18, 2021, for further necessary action.

Ishola stated that it is mandatory for all the intending pilgrims to get the COVID-19 vaccine before embarking on the pilgrimage, stressing that without the vaccination, they would be denied entry into the Kingdom of Saudi Arabia.