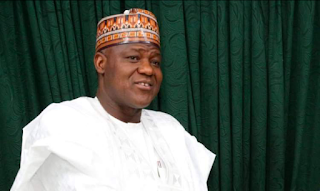 A former Speaker of the House of Representatives, Mr Yakubu Dogara, has said with the intractable security challenge in Nigeria, some parts of the country are fast becoming a hotbed of instability.

The federal lawmaker stated that Nigeria was at war with itself and that for the country, which had reached an inflicting point, to be brought back from the precipice, Nigerians must change the way they think and act.

Speaking at the 10th convocation of Achievers University, Owo, Ondo State, on Saturday, Dogara explained that the present challenges confronting the country had long been foretold, but that the warnings were flagrantly ignored, hence the current doldrums the country had been plunged into.

He said “The South-West and South-East are fast becoming Nigeria’s new zones of instability. Added to this is the long list of other protracted conflicts, including but not limited to Boko Haram insurgency in the North-East that has left scores of people dead and millions displaced, banditry in the North-West, piracy and organised crime in the South-South, and farmer-herder clashes in much of the rest of the country.

“With an unemployment rate of over 30 per cent, epileptic economic growth, overburdened and overwhelmed security agencies, coupled with weak institutional capacity within the security agencies, extreme inequality-cum-poverty, and citizens’ alienation from the government, you need not look no further for compounding factors.”

Dogara, who also lamented that experts had linked insecurity in Nigeria to government failure or lack of capacity to deliver public services and provide for basic needs of the people, said the lapse had created a pool of frustrated people who are easily ignited by any event to be violent.

“Also, inequality and unfairness in appointment and distribution of public utilities create a perception of marginalisation by a section of the people, especially the youths, who have a sense of disaffection and/or resentment.

“Our inability to place the youths on sustainable career paths has turned this useful demography from dutiful labourers to disaffected rebels,” he said.

On the 2023 elections, Dogara stated that Nigeria needed a team whose pedigree matched their rhetoric for unity, peace and progress.

“Our most immediate challenge now is to bring our disparate peoples together and pull down our barriers, otherwise we cannot build. Issues of development, although absolutely important, are not the most immediate.

“Make no mistake, if we dare get it all wrong in 2023, we would have succeeded in hastening the days of the first four – the famous horsemen of the apocalypse on ourselves – days that will be marked by conquest, war, famine and death. May God forbid,” the former speaker said.