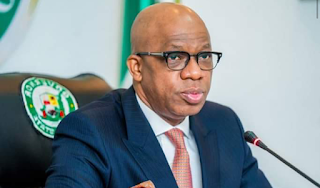 Champions Team Delta and Bayelsa continued their dominance on Day 2 of the 20th National Sports Festival in Benin City, as both states won gold in the men and women’s 1,000m cycling events.

In the men’s category, Kalizibe Caleb, with race No.150, completed the distance in 1m:20s:60 to claim the gold medal ahead of Edo’s Temple Rethel and Borno’s Emmanuel Gabriel, who won the silver and bronze medals respectively.

In the women’s category, Ukpereseraye Ese won gold for Team Delta after she finished ahead of Edo’s Tombrapa Gripa, who had to settle for silver. Joke Durogbade won bronze for Oyo.

Delta opened their medal account on Sunday (Day 1) with a gold medal in the 80km cycling race for women, before picking up a bronze medal in the 4x200m freestyle swimming.

After Day 2 of the festival, both Delta and Bayelsa won a total of 13 medals in swimming, sending clear signals to the other competitors at the event.