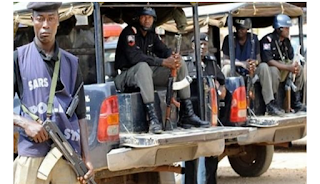 Police in Ogun State have rescued three victims of a kidnap syndicate abducted along Siun/Ajura road in Ogere Remo.

It however said search for two Chinese abducted from their Poultry and Fishery farm in Oba community by gunmen on Wednesday continues.

The Command’s Public Relations Officer, Abimbola Oyeyemi, said the three were coming from Ilorin, Kwara and heading to Owode Egbado when their vehicle was double- crossed at about 3 am by gunmen who herded them into the bush while other passengers escaped.

He explained Commissioner of police, Edward Ajogun directed the Area Commander for Sagamu to mobilise men from all the divisions within the area and go after the kidnappers.

He equally mobilised the command’s anti -kidnapping unit as well as SWAT, who cordoned off the entire bush and combed it thoroughly with the assistance of hunters, local vigilantes and men of So Safe Corps, forcing the criminals to abandon the victims and flee.

The victims were rescued safely without ransom paid and have been escorted to their destination in Owode Egbado.