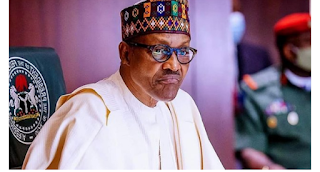 The petition read in part, “There is an unprecedented level of concern about the failure of the Nigerian government to provide the basic tenets of governance i.e. security of life and properties, and freedom of movements without fear.

“What is more alarming now is the escalation of insecurity in the shape of almost daily kidnapping and abduction of people across the country, including students from their schools; marauding herdsmen wilfully trampling on and destroying farmers’ and other people’s properties and means of livelihood, raping women with impunity. For example, more than 600 students have been kidnapped in North West Nigeria alone this year.

“In addition to aforementioned, is the patently obvious nepotism and discrepancy of government treatment of various nationalities in the country in terms of appointment and promotion in federal establishments including the Police and Armed Forces.

“In October 2020, young people demonstrating peacefully against police brutality (#ENDSARS) were infiltrated by government agents and some of them gunned down and killed whilst singing Nigeria National Anthem and waving the Nigeria Flag. Unfortunately, no body has been arrested for the heinous crime.

“The above catalogues of woes and more not stated here have led to Nigerians first asking for the restructuring of the country from the present unitary system to true federal system as agreed to by the founding Fathers at Independence from the United Kingdom. This request has been attacked, ridiculed and blocked by the present government and the advocates of the request are being demonised and intimidated. The failure of the government to heed the voice of reason has forced some indigenous nationalities to advocate and demand their exit from the contraption called Nigeria. Nigeria is after all a colonial creation for it’s administrative and extraction convenience.

“The main concern for us now and which we are sure will be the main concern for EUROPE AND AMERICA in particular and the world in general is the massive human displacement that will occur if the armed conflict is allowed to start in Nigeria. The trickle has already started, there are now Nigerian refugees in Benin Republic, Cameroon and in Mexico in a bid to cross to The United States of America.

“Similar warning signs were not heeded in Rwanda not long ago, and the consequences of what happened there are sadly still with us. West Africa has an estimated population of 409,333,524 out which Nigeria alone is reckoned to be 206,139,589. A lot of the Nigerian populace will ‘literarily invade’ other West African Countries following armed conflict in their country. There will be inevitable overflow of refugees into Europe and America in very large numbers. Can these countries and indeed the world afford and absorb this in these COVID-19 days?

“The Concerned Nigerian Senior Citizens hereby request of you to please severally and jointly use your influence to make various Nigerian leaders particularly The President, Rtd General Muhammad Buhari and those surrounding him to see the big picture and save the World and Humanity from this avoidable catastrophe. Nigeria should be Restructured honestly as the people want, OR the various ethnic nationalities that constitute it should be allowed to go their separate ways and be good neighbours.”