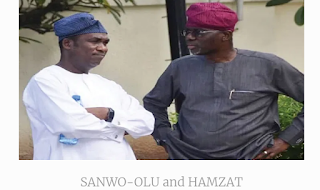 The Lagos government is set to establish an anti-corruption commission, with Governor Babajide Sanwo-Olu on Monday signing the Public Complaints and Anti-Corruption Commission Bill 2021 into law.

Mr Sanwo-Olu said during the signing ceremony at Lagos House, Ikeja, that the move was to deepen the culture of accountability and transparency in the expenditure of appropriated public funds.

According to him, the commission is to investigate and prosecute officials of the state government and deregistered contractors indicted for economic crimes and financial misappropriation.

Mr Sanwo-Olu added that the action was a testimony to the state’s effort to entrenching accountability in governance and checking malfeasance among officers entrusted with public resources.

“The bill establishing Public Complaints and Anti-Corruption Commission is an important legislation critical to the delivery of quality services to the citizens.

“When we came in, we had said we would be accountable and responsible in the appropriation of the state’s resources. We want to stand in front of the citizens to give an account of how public funds are spent,” said Mr Sanwo-Olu.

Explaining further, he stated, “To give credence to this promise, the executive arm initiated the bill and sent it to the Assembly for approval.

“The anti-corruption commission will ensure that all approved activities are implemented in accordance with budgetary allocation.”

Mr Sanwo-Olu said the anti-corruption commission would be independent in its operations and functions, noting that the agency will complement efforts of similar agencies in the police and federal establishments.