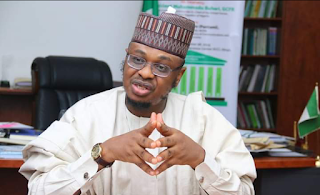 Some security experts on Saturday dismissed the apology by the Minister of Communications and Digital Economy, Isa Pantami, over some controversial comments he made in the past in support of global terrorist groups, Al-Qaeda and Taliban.

The security analysts said Pantami’s comments were too weighty to be discarded, demanding either the minister’s wilful resignation or sacking by the President, Major General Muhammadu Buhari (retd.).

For instance, a retired Army Captain in the United States Army, Bishop Johnson, said it was not common for people with extremist ideologists to change overnight.

He said it was more troubling when people with extremist ideologies were in charge of sensitive national data.

“When people have radical ideologies, they don’t change overnight. They will carry such ideologies into whatever offices they occupy. So people with extremist ideologies should not occupy sensitive positions,” Johnson said.

Pantami has been under fire lately over comments he allegedly made several years ago in support of Al-Qaeda – an extremist group founded by the late Osama bin Laden, the mastermind of the September 11, 2001 attacks in the United States. Bin Laden was killed on May 2, 2011 by the US Navy SEALs inside a private residential compound in Pakistan.

Pantami also made comments in support of Taliban,  a Sunni Islamist movement and military organisation in Afghanistan currently waging jihad within the country.

“This jihad is an obligation for every single believer, especially in Nigeria,’’ Pantami was quoted to have said in one of his vicious preaching in the 2000s. “Oh God, give victory to the Taliban and Al-Qaeda,” he was also quoted to have prayed.

As massive outrage and demand for his sacking continued on social media on Saturday, Pantami renounced his controversial comments on terrorism.

He stated that some of his past views were made out of immaturity, alleging that attacks on him by Nigerians were politically instigated.

He spoke during his daily Ramadan lecture in Abuja on Saturday.

Pantami said, “For 15 years, I have moved round the country while educating people about the dangers of terrorism. I have travelled to Katsina, Gombe, Borno and Kano states, and Difa in the Niger Republic to preach against terrorism.

“I have engaged those with Boko Haram ideologies in different places. I have been writing pamphlets in Hausa, English and Arabic. I have managed to bring back several young persons who have derailed from the right path.”

He added, “Some of the comments I made some years ago that are generating controversies now were based on my understanding of religious issues at the time, and I have changed several positions taken in the past based on new evidence and maturity.”

Pantami said he made some of the controversial comments when he was still a teenager and insisted that he had changed his views about the issues being used against him currently.

“Many scholars and individuals didn’t understand some international events and, therefore, took some positions based on their understanding. Some have come to change their positions later.”

Some officials of the Ministry of Communications and Digital Economy had also defended the minister and expressed worry over social media attacks against Pantami lately.

The minister’s aide, Uwa Suleiman, told Sunday PUNCH that Pantami had always kicked against acts of terrorism and wondered why he was being attacked on terrorism issues.

However, despite Pantami’s regrets over the comments, Johnson, the retired US Army Captain, said the minister should be sacked by the President should he (Pantami) fail to resign.

“When there is an outcry by the people, such a person should resign but if he doesn’t, the President who appointed him into the office has the obligation to relieve him of his duties so that the issue doesn’t drag the administration,” Johnson said.

Johnson added that the Pantami issue could be likened to the situation with a former Minister of Finance, Mrs Kemi Adeosun, who resigned over the National Youth Service Corps certificate scandal.

“You are aware of the NYSC certificate scandal of the former Minister of Finance, Kemi Adeosun. She resigned when the issue was dragging the administration. It’s similar to the Pantami case. He (Pantami) should not occupy that kind of office,” Johnson said.

He also cautioned against poor vetting and screening of people holding public offices in the future.

“Up to the university level, you have to look at the theses they wrote because all these things will help to know the individual’s ideology and philosophy. The screening process in Nigeria is a joke. The ministerial nominees just go before the Senate and take a bow, without asking them any questions and looking at their pasts,” he added.

Also, the National President of Criminology and Security Practitioners Association of Nigeria, Williams Ekposon, said though Pantami claimed to have renounced his support for terrorist groups, the minister was not worthy of being entrusted with information as sensitive as Nigerians’ data. He urged Pantami to apologise to Nigerians and resign from his appointment.

Ekposon said, “We have to be very careful of our speech and how we go about doing things. Professionally, that kind of person should not be in charge of the data of Nigerians. No statesman will admire being identified with Al-Qaeda or Taliban or any other terrorist group.

“In the light of the position he is holding, Nigerians are not secure; our data are not secure with somebody who had wept sentiments with terrorists. A terrorist is a psychedelic being. If a sensitive public office holder has made a statement that is in connection to terrorists, there is something fishy about it. He should apologise to Nigerians and humbly resign. Let it be that the appointment was made in error.”

Also, a Lagos-based security expert, Dickson Osajie, advised the minister to tender his resignation on account of his “romance with terrorists” in the past.

He said if effective pre-appointment screening was put in place, an investigation would have revealed that Pantami had a soft spot for terrorists and he would have been disqualified from holding such a critical ministerial position.

He stated, “The problem we have in Nigeria is that we don’t carry out effective pre-employment screening before we employ people into strategic positions. The office Pantami is occupying is one of the most sensitive positions.

“For me, I expected that before he was appointed, there should have been a pre-appointment screening which would have looked into his data as far back as 30 years ago. We are not talking about repentance here; we are talking about national security. I read one of his articles where he said he had repented.

“But the truth is that the comment he made resulted in instigating terrorist groups. I don’t think people like that are qualified to hold public offices. People must be held accountable for their statements and actions.”

Osajie said if Pantami lost his position, it would be a deterrent to those who think they could make any statement in the public space and go scot-free.

He added, “I am not contesting the fact that he had repented as he claimed. But the truth is he needs to resign because he needs to set an example for upcoming extremists that they don’t have to put Nigeria at risk. There is power in the tongue. Whatever you say today can destroy many lives.

Similarly, a security consultant and Fellow, Institute of Security, Mr Chigozie Ubani, said the minister ought to have stepped aside so the allegations against him could be investigated.

Ubani said, “Anybody can be accused but once it is weighty enough that he has in any way previously or currently entangled, either by lectures, professions, affiliations with both local and international terrorist organisations, he should voluntarily step down while further investigation is going on.

“So this brother (Patani) should step down if there is enough evidence to prove this, and let us have some peace. It’s too sensitive to manage our data, information and all that at a period when terrorists are gaining ground, establishing caliphates and gaining territory. We cannot joke with who is managing our information.”

“The minister has no role to play in the Federal Executive Council anymore. Ordinarily, he should have resigned from the cabinet due to his comments,” he said.

Also, the Peoples Democratic Party said it would be wrong to continue keeping the embattled minister as a member of the Federal Executive Council.

The National Chairman of the party, Prince Uche Secondus, who spoke with one of our correspondents, asked the President to relieve the minister of his job if he fails to resign.

“The best thing is for the minister to resign, apologise to Nigerians and start preaching against terrorism in the open and to the knowledge of everyone. For now, it is not in the interest of Nigerians and national security to continue to keep him in office,” he said.

Secondus added that persons in public office should cultivate the habit of leaving office when they were perceived to have done something wrong, insisting that “people should stop imposing themselves on the citizens especially when they have moral burden.”