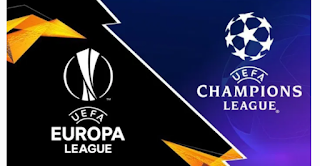 group of 12 top European football clubs have, on Sunday, announced the creation of a separate European Super League which will dismiss the current UEFA Champions League.

A statement from the creators read: “Twelve of Europe’s leading football clubs have today come together to announce they have agreed to establish a new mid-week competition, the Super League, governed by its Founding Clubs.

“Going forward, the Founding Clubs look forward to holding discussions with UEFA and FIFA to work together in partnership to deliver the best outcomes for the new League and for football as a whole.”

These 12 teams are planning on having more fixtures in the new Super League so as to maximize profits from tickets, TV rights and other sponsorship deals.

UEFA President Aleksander Ceferin has reached out to FIFA for support to curb the new league concept with moves to ban the participating clubs and their players from FIFA related competitions.

FIFA had in January said that a breakaway league would not be recognised and that “any club or player involved in such a competition would as a consequence not be allowed to participate in any competition organised by FIFA or their respective confederation.”

European Club Association (ECA) has also registered its opposition to the Super League proposal. The association released a statement Sunday evening to say it “strongly opposed” the “closed Super League model.” The body emphasised that it would rather work with UEFA to amend the structure of European club football from 2024 onwards.

Premier League CEO Richard Masters has also written to the 20 teams in the English top division to condemn the move.

“We do not and cannot support such a concept,” Mr Masters said in a memo to the clubs on Sunday.

Premier League rules does not allow teams enter into news competitions without a “prior written consent” from the league board.

British Prime Minister Boris Johnson said the new competition would be “very damaging for football”, saying he supports any action football authorities might take on the matter.

Earlier on Sunday, European football’s governing body said clubs involved will be prevented from competing in “domestic, European or world level” competitions and that players may be stopped from representing their countries.

The body praised French and German sides for abstaining from the European Super League.