We made N466 billion in three months: Customs - The Naija Weekly

Home News We made N466 billion in three months: Customs

We made N466 billion in three months: Customs 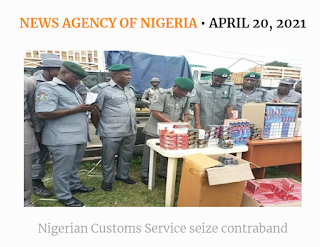 The Nigeria Customs Service (NCS) says it has generated N466.1 billion in revenue in the first quarter of 2021.

Customs generated the revenue between January and March.

The data indicated that the NCS realised the highest revenue in March with N169.4 billion, followed by January with N157.6 billion, while the agency generated N138.9 billion in February.

The document showed that the NCS realised the highest revenue of N216.9 billion within the period under review from import duty.

According to the statistics, VAT came second with N105.2 billion, followed by non-federation accounts levies with N55.5 billion.

Similarly, the statistics revealed that within the period under review, the NCS made a seizure of contrabands valued at N1,996,145,258.

The document indicated that the NCS confiscated 37,206 bags of imported rice between January and March.