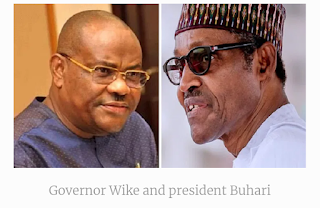 On Monday, Governor Nyesom Wike has called on President Muhammadu Buhari to allow states to develop and commercialise mineral resources and pay a royalty to the federal government.

Mr Wike made the call when Uchechukwu Ogah, the Minister of State for Mines and Steel Development, paid him a courtesy visit at the Government House in Port Harcourt.

He urged the minister to push for reforms that will enable state and local governments to mine solid minerals and then pay tax to the federal government.

He added, “It is very important for people to know that part of the problem in this country is that everybody depends on oil when we are also supposed to look at other minerals.

“Minerals play a great role in terms of raising revenue for any country, so our overemphasis on oil has reduced our impact on other minerals.”

Speaking further, Mr Wike pointed out, “If the country fully harnesses the gold deposit in Zamfara as well as other minerals in other states of the federation, the country will make a lot of revenue from these minerals that can accelerate development.”

Responding, Mr Ogah told the governor that he is in Rivers to share the vision and policy focus of Mr Buhari’s regime to develop the nation’s solid mineral resources.

“In addition, permit me also to remind you of the abundant sea salt yet to be exploited in Rivers as a state bordering the Atlantic Ocean, which might also be an interesting area for collaborative development,” the minister said.