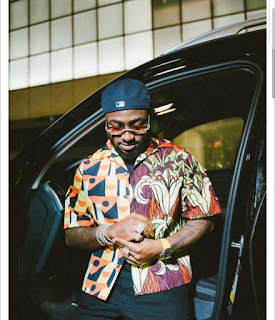 Superstar Afrobeat musician, Davido Adeleke jets out of the United States of America to Ghana after weeks of touring the country.

This is coming amid the backlash that trailed his leaked photos of kissing an American influencer, Mya Yafai.

In a new Instagram post via his official page, O.B.O announced his arrival in Ghana while declaring how people’s opinion won; a subtle surrender after getting dragged for disrespecting his fiancee, Chioma, or he could mean that his Ghanaian fans won his heart to visit their country.