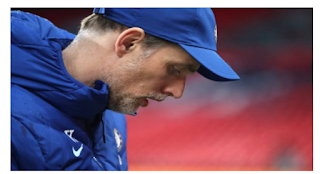 Tuchel has been brilliant since he replaced Frank Lampard as Chelsea boss in January but the German tactician got 3 decisions wrong against Leicester City that cost Chelsea the FA Cup.

1 Playing Reece James in the back three

Tuchel played Reece James in the back three to nolify the threat posed by Leicester City striker Jamie Vardy. Chelsea captain Cesar Azpilicueta played as the right wing-back instead.

Tuchel aimed to use the pace and strength of James to deal with the threat posed by Vardy but that decision also meant Chelsea lacked pace down the right flank in attack.

James should never have played as a centre-back against Leicester City. It weakened Chelsea’s attack.

2 Starting Alonso ahead of Chilwell

This decision surprised many and was a wrong decision by the Chelsea boss.

Chilwell is better offensively and also defensively when compared to Alonso, so the decision to start Alonso was very questionable.

Alonso didn’t justify Tuchel’s decision to start him as he offered nothing going forward and was shaky in defence.

Chilwell replaced Alonso in the second half and was more effective than the Spaniard. Although his goal against Leicester City was ruled out for offside by VAR, it certainly showed the threat Chilwell could have offered if he had started.

The Germany international failed to impress against Leicester City and was substituted for Olivier Giroud late in the game.

Werner shouldn’t have led the line in the final against Leicester. He should have played from the wings with Olivier Giroud, Kai Havertz or Tammy Abraham playing as the striker.