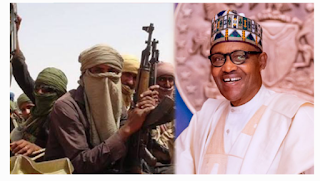 No fewer than 11 people were abducted by armed bandits while observing Tahajjud prayers at a mosque in Jibiya, Kastina, Peoples Gazette learnt.

The brigands whisked their victims away at gunpoint during the wee hours of Monday.

“They invaded the mosque around 2:00 a.m. during Tahajjud (a midnight prayer) observed in every Holy month of Ramadan,” Mr Jibia stated.

Speaking further, he disclosed that the bandits had initially abducted at least 40 people.

“Initially, about 40 persons were kidnapped when the gunmen stormed the mosque,” he said. “But most of the worshippers escaped while the bandits tried to move them to the location of where their motorbikes were parked.”

Mr Jibia added, “According to headcounts, it’s 11 worshippers that the bandits kidnapped.”

The witness disclosed to The Gazette there was an intelligence report about the movement of suspected bandits in villages in Bastari, a neighbouring local government area, preceding the night before the attack.

“Some locals disclosed that the bandits were sighted in Sola and alerted residents and security operatives.”

“We were all vigilant that night only for the bandits to take us unaware by attacking a mosque at the outskirts of the town.” the witness said.

Mr Jibia further disclosed that security operatives arrived at the scene firing gunshots into the air.

The police command spokesman, Gambo Isa, could not confirm the attack when contacted by The Gazette.

Jibiya is a border town between Nigeria and the Niger Republic and of the epicentre of banditry activities.