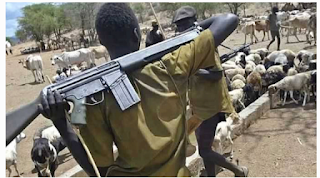 The Benue State Police Command has confirmed an attack by suspected herdsmen at a farm in Yelwata community in Guma Local Government Area of the state.

Although, Ms Anene was unable to ascertain the actual number of casualties when asked for comments, she disclosed that investigation to aid the arrest of the perpetrators is already underway and a follow-up report will soon be released.

Giving the police account of the incident, the spokesperson said: “Gunmen attacked some persons in the community. It was done hidden, and the members of that community eventually discovered the corpses and took the corpses out of that place. That was what led to their demonstration, calling the attention of government to it.”

“We have been having attacks in that area, and we are trying to control these attacks. There is always police presence in the area but once in a while, we experience those attacks as the one that happened on Saturday which is under control already. There was an attack and the police moved in. We have been able to stabilise the area,” the police officer added.

Residents in the community told Tribune on Sunday, that some herdsmen on Saturday, gunned down three teenage brothers who were working on their father’s farm, while one other person was killed by a stray bullet of the security personnel, in their attempt to scare away the protesting youths following the killing of the slain teenagers whose corpse where dumped at the middle of Makurdi-Lafia federal highway by the assailants.