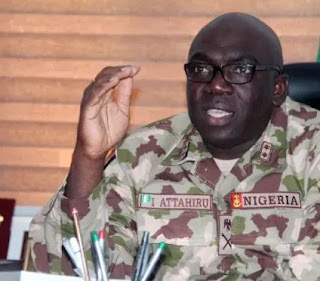 The Chief of Army Staff, Lt General Ibrahim Attahiru, has died in an plane crash with some of his aides.

Military source said Gen. Attahiru was on a trip to Kaduna.

Efforts were on to locate the wreckage of the plane and evacuate remains of the victims.

His mission to Kaduna was said to be “official.”