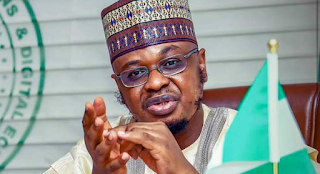 The ongoing National Identification Number and Subscriber Identity Module integration exercise has been extended till June 30, 2021, Minister of Communications and Digital Economy, Isa Pantami, has said.

The minister, who has been under fore of late over his past pro-Taliban radical comments, was also said to have disclosed that 54 million SIM cards have been linked with NIN.