Champions League final could be played at Wembley, with Chelsea fans in attendance - The Naija Weekly

Home Football News Champions League final could be played at Wembley, with Chelsea fans in attendance

Champions League final could be played at Wembley, with Chelsea fans in attendance 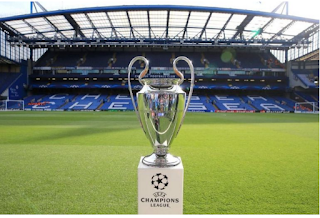 The Times are reporting that the Champions League final will be moved from Istanbul to Wembley.

UEFA have apparently agreed to the move, a year on from switching last year’s final from Istanbul to a mini tournament in Portugal.

With two English teams in the final, and a limited attendance at Wembley possible, it ended up being a no brainer. The coronavirus situation in Turkey is bad at the moment, and that, along with the British government’s decision to “red list” Turkey probably contributing to the decision.

It has yet to be made official, but we’re increasingly sure that this will be the case. The reports claim that 1200 tickets will go to fans of each side.

Istanbul would likely be awarded the final for next year – for the second year in a row.

Overall it looks like a sensible move, and probably one everyone can get behind. Good luck getting a ticket.