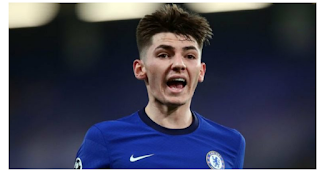 Chelsea fans were impressed with the performance of Billy Gilmour in the 2-1 victory over Manchester City on Saturday.

The teenager looked a little rusty in the first half but had a much better second half.

Gilmour completed 93% of his passes against Manchester City, created 2 chances and completed 2 of the 3 long balls he attempted.