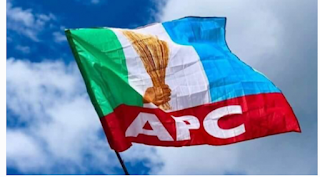 The Progressive Governors Forum has urged Governor Nasir El-Rufai to return to the negotiation table with the Nigeria Labour Congress to prevent the ongoing strike from crippling Kaduna’s economy.

Governor Abubakar Bagudu, the Chairman of the PGF, said this in a statement on Tuesday in Abuja.

“The PGF has been following unfolding development between NLC and Kaduna state government over the issue of rightsizing local government employees with deep concerns.

“Noting all the challenges facing all our states, especially given dwindling revenue, we appeal to all patriotic Nigerians, including the NLC, to demonstrate more commitment toward engaging governments at all levels to address problems.

“This is not the time for muscle-flexing,” Mr Bagudu said.

The PGF added, “At this critical point of our democratic journey, there could not be limits to engagement between all governments and citizens.”

The PGF chair also appealed to the NLC to toe the path of dialogue.

Though the PGF said it shared El-Rufai’s vision to reform the state’s local councils, it stated, “We appeal to NLC leadership to recognise that the burden of leadership is more about responding to challenges based on the honest disposition of correcting past mistakes.

“As progressive governors, we share the vision of Kaduna state government of reforming all our local government councils to make them more efficient and consequently the pivot of critical development initiatives.”

“At the same time, we want to appeal to the state government under the leadership of our colleague, Malam Nasir El-Rufai, to take all necessary steps to ensure the resolution of all disagreements in the larger interest of citizens in Kaduna state,” said Mr Bagudu.