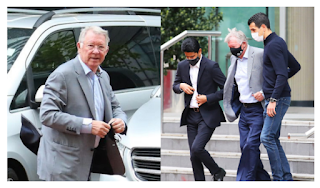 Manchester United legend Sir Alex Ferguson paid a visit to the Paris Saint-Germain hotel ahead of their Champions League semi-final second leg against Man City on Tuesday night.
The French champions go into the decider 2-1 down on aggregate having lost in Paris a week ago and are in need of a famous comeback if they are to progress to the final later this month.
However, they might have a secret weapon after Ferguson, who presided over one of the competition’s most famous comebacks in 1999, visited the hotel on the morning of the match. 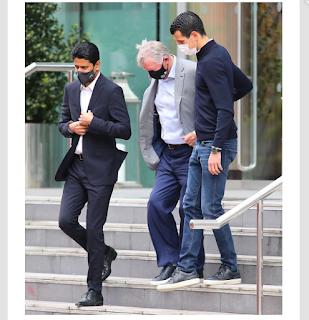 Although there has been no official confirmation of the reason behind Ferguson’s visit, MEN Sport understands the hotel is currently only hosting the PSG squad, with no other guests staying there due to coronavirus restrictions.

Ferguson has always spoken glowingly of current PSG manager Mauricio Pochettino and after his retirement in 2013, the pair struck up a close friendship and went on to share a bottle of red wine at a Mayfair restaurant.

The former Tottenham manager even paid for the meal after the Scot challenged him to name Argentina’s goal scorers in the 1930 World Cup final win against Uruguay. Which he duly did.

Photographers say Ferguson, who was wearing a United-branded face mask, spent roughly 1 hour and 20 minutes inside the Lowry Hotel before he was then pictured leaving the building alongside PSG president Nasser Al-Khelaifi.