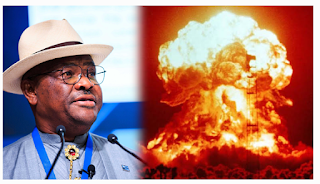 An explosion, suspected to be dynamite, has rocked Rivers popular Mile 3 Market in the early hours of Monday.

The explosion, which occurred about 6:10 a.m., it was gathered, sent jitters down the spine of residents in the Mile 3 axis.

As of the time of filing this report, no fatality was recorded. However, there were reports of persons injured, currently receiving medical treatment.

Meanwhile, normalcy has returned to the area as commercial activities resumed.

The police spokesman in Rivers, Nnamdi Omoni, said details of the incident would be made public soon.

“On my way to the place now. Will keep you informed accordingly,” Mr Omoni said.