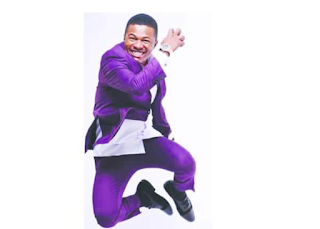 Nigerian Twitter users have taken to the microblogging site to react to the news that popular actor, Samuel Ajibola, famed for his role as ‘Spiff’ in the hit comedy series, The Johnsons, has quit his role in the TV sitcom.
The actor who began his career in the Nigerian movie industry as a child, took to his Twitter account earlier today to announce that he had quit as a cast of the TV programme.
The Johnsons is a Nigerian TV series produced by Rogers Ofime, which airs on Africa Magic. It focuses on an average Nigerian family in Lagos, Nigeria,, and the challenges they face.
In the sitcom, Ajibola plays the role of an adopted son. He appears to be mentally impaired and eats excessively. His hilarious portrayal of his character in the show makes him one of the favourites among viewers.
Making the announcement on his Twitter account, the actor wrote, “It’s difficult to let go, but it’s time to officially announce on this platform as I quit my role as Spiff in The Johnsons.
“Thanks to everyone for your undying support and love; I couldn’t have asked for more. I’ve got time on my hands and not much on my side, I’ve to move on.”
His decision has since sparked a debate on the microblogging platform as he is currently trending at number 13 on the Nigerian Twitter space with over 3,500 tweets.
For Sir Suwen with the Twitter handle @Kingkendrick360, the actor was the main comic relief in the sitcom. He tweeted, “Spiff was the main comic effect of The Johnsons.”
A Twitter user, @Andreakeng, mentioned that he suspected the thespian would quit the show after his marriage.
He said, “The moment you took a wife, I knew you’d quit the role. What is The Johnsons without the character Spiff?
In December 2020, the actor walked down the aisle with his sweetheart, Sandra, as he tied the knot.
Not a fan of the thespian, Bede Bartholome, via his handle, @BedeBartholome1, tweeted, “The worse and the most useless, uninteresting role and act I have ever seen in a sitcom or drama in my life.”
Ajibola is also a model and events compere. He is best known for his role as a child actor in the Opa Williams directed movie Tears for Love.
In 1996, Ajibola won the award for Best Kid Actor at the Rhema Awards for his role in the movie ‘Eye-Witness’ — an award he went on to win at the 1997 edition as well. In1998, he bagged the Reel Awards for the movies ‘Onome II’ and ‘Day of Reckoning’, respectively.
More so, in 2014, he won the award for Best Actor at the In-Short Movie Awards. In March 2017, Ajibola won the Best Actor in a Comedy Award at the 2017 AMVCA Awards. He also won the Comic Actor of the Year Award at the 2017 City People Awards in October 2017.
Punch Newspapers
Tags # Entertainment
Share This