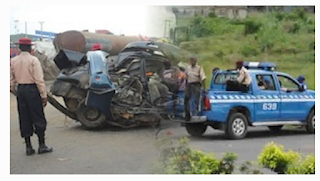 The Federal Road Safety Corps in Bauchi on Monday advocated a speed limit of 30 kilometres per hour in urban or built-up areas for all categories of vehicles in the state.

The Bauchi Sector Commander, Yusuf Abdullahi, disclosed the recommendation in a statement.

According to the statement, the corps observed that speeding was responsible for about 30 per cent of automobile crashes in Nigeria.

Mr Abdullahi explained that the corps would use the 6th United Nations Global Road Safety Week, which will run from 17 to 23 May 2021, to carry out an advocacy programme to educate people in the state on the issue.

“The 6th UN Global Road Safety Week will focus on the issue of speed.

“The week advocates for safer streets motoring by making 30 km/h speed limits, the norm for cities worldwide in places where people mix with traffic,” he stated.

He explained that the event “is concerned about policy commitments at national and local levels to deliver the 30 km/h speed limits” in urban areas. The occasion, according to him, will also generate local support for such low-speed measures to create safe, healthy traffic flow within Urban cities globally.

As a lead agency in road safety management and administration in Nigeria, FRSC is hosting the event and will embark on nationwide advocacy “to replicate this global activity in selected Nigerian cities.”

Mr Abdullahi added, “Pursuant to this, the Bauchi state command of the FRSC organises public education campaign programmes to inculcate the norm of 30km/hr speed limits among road users.”