“Go and be praying”, police tell families of kidnap victims in Niger - The Naija Weekly

“Go and be praying”, police tell families of kidnap victims in Niger 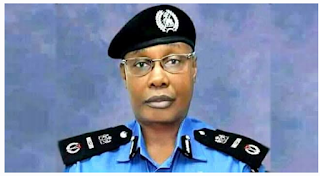 The police in Niger have advised families of abducted persons in Rafin Sanyin community in Suleja, to intensify their prayers as the police was also doing its best to rescue the victims, a family member has told Peoples Gazette.

The Gazette had on Friday reported how kidnappers invaded the community around 11:00 p.m. last Thursday and whisked away Uthman Mohammed, his family members and other persons from the community while beheading one other person.

Ahmad Uthman, brother to two of the victims, told The Gazette on Saturday that the bandits had contacted them with his kidnapped brother’s number, demanding N20 million ransom or they would kill them.

“They didn’t allow room for talking, they just said, ‘are you the brother to so and so? Go and get us N20 million, and they cut the call. The N20 million is for the two people from my house. They called the others (families) too. They were demanding different amounts from each family,” Mr Uthman revealed.

He further added that his brother, while being tortured by the bandits, pleaded with them to sell his house to enable them meet the demands of the kidnappers so they can be set free. 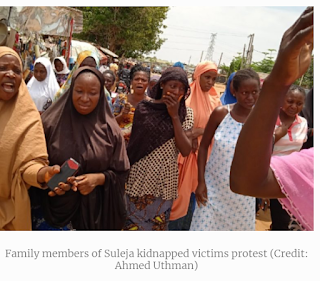 He said: “They called this evening (Saturday). We were hearing them beating my senior brother, speaking Hausa and torturing him, saying ‘you think we are joking? If you don’t have money, then you will see death.’ As he was being thoroughly beaten and tortured, he was saying ‘go and sell my house, give them the money they want.’ We are expecting their (bandits) call again tomorrow (Sunday).

The families of the abducted persons have, however, taken to the streets of Suleja in protest as they seek help in securing their loved ones’ safe release.

Mr Uthman disclosed that the police, when intimated of the development, asked them to “go and be praying.”

Speaking with The Gazette on Sunday, The state’s police spokesman, ASP Wasiu Abiodun while noting that “security don’t participate in the issue of ransom”, however assured that “we will continue to do what we can to see how we will rescue these people, as we are on their trail.”

The Emir of Suleja, Awwal Ibrahim, and other community leaders, met on Friday with victims’ families to discuss how the ransom demanded could be raised.

Mr Uthman decried the lack of adequate security in Suleja, questioning the government’s proposal to ban payment of ransom when they have failed in their primary responsibility.

“When I’m going to work in Abuja, I see how everybody is protected. Military, police, mopol are protecting them, because they heard that Boko Haram hoisted its flag in a village in Niger state. But if you walk from Suleja, till you enter Abuja, you won’t see any single policeman or patrol on the road. They just want to pass that law to scare people, they can’t stop it,” he noted.