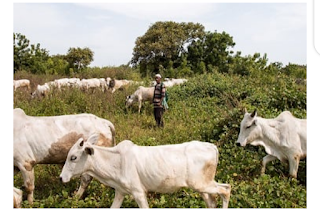 Herdsmen have continued to defile the orders of the Abia State government and its southern counterparts despite the ban on open grazing by the southern Governor’s forum.

Investigation by our reporter has it that regardless of the signing into law of the anti-open grazing law by the Abia State governor, Dr. Okezie Ikpeazu, herders have continued to openly rear their cows in almost across the 17 local government areas of the state.

Sources with the Abia North, Abia Central and Abia South Senatorial Districts of the State, confirmed the presence of the herders in their local governments and senatorial zones.

According to the sources, including a farmer who simply gave his name as Gilbert Osondu, lamented the damage farmers have suffered in the hands of herders and their cows as he alleged that the herders intentionally invade their farms and damaged their farm produce without having any recourse to show remorse.

The Commissioner of Information, Mr. John Okiyi-Kalu in a text message said that the state government will enforce the anti-open grazing law.