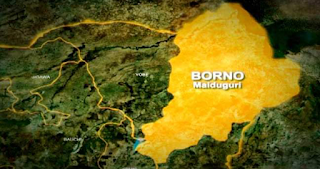 About 443 households, on Friday, were relocated to internally displaced persons camps in Damasak and a newly constructed estate with two-room apartments in Auno town, while others were given rented apartments within Maiduguri.

This, according to the state government, is in line with its resolve to return all IDPs to their ancestral homes in 2021.

The IDPs are from Abadam and Mobbar local government areas along the fringes of Lake Chad and major strongholds of the Boko Haram/ISWAP terrorists.

Abadam LGA residents, who had been at MOGCOLIS camp for over four years due to activities of Boko Haram, were given options to either return to another IDP camp in Damasak or relocate to a government-built two-room apartment in Auno along Maiduguri-Damaturu road.

Some of the IDPs relocated expressed their displeasure and wished the government would have done more to neutralise the insurgents in their communities as they were eager to return to their fishing and farming businesses.

According to the Chairman, Abadam LGA, Modu Njagulum, there are about 800 households to be relocated, all from Abadam and Mobbar LGAs.

The member representing Abadam at the state House of Assembly, Alhaji Njemna, said the IDPs had to be relocated because the state government was set to reopen all schools being used as IDP camps in the state.