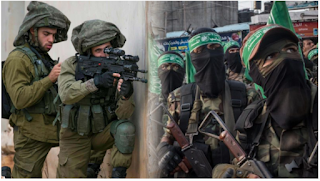 The Israeli military has struck 12 houses of senior Hamas commanders in the Gaza Strip over the past 24 hours, the Israel Defense Forces (IDF) said on Tuesday.

The military’s fighter jets hit houses of three Hamas commanders in the Gaza Strip a short time ago.

The hit houses included those belonging to the deputy commander for the northern brigade in Gaza City, a company commander in Khan Yunis, and another military leader in the Hamas reserve battalion.

The commanders used their houses as command posts and operations bases, the IDF added.