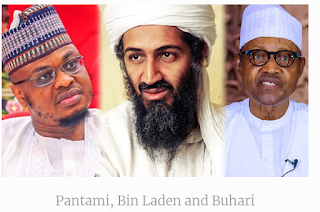 Former U.S. Ambassador to Nigeria John Campbell says embattled minister of communication Isa Pantami is a “lightning rod” for Nigerians who are already suspicious of President Muhammadu Buhari’s intention to Islamize the country.

“For the time being, Pantami has become a lightning rod for those deeply suspicious of Islam and also of the Buhari administration,” Mr Campbell said in an article on a Council on Foreign Relations publication.

His comment follows the blatant refusal of Mr Buhari’s regime to take actions against the terror-tarnished minister despite calls for his resignation over his extremist views.

Nnamdi Kanu, leader of Indigenous People of Biafra, IPOB, a secessionist group agitating for a break away from the Nigeria nation, has since latched on to the debacle to justify his group’s mission. 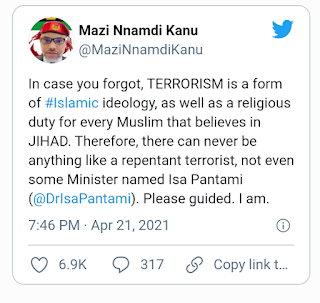 Further reacting to media claims that the minister was on the U.S. watch-list for terrorism, Mr Campbell said the U.S. law enforcement organisations will not make public comments on individuals on their watch list, adding that it will be unusual for the U.S. government to openly express a view on the minister.

Following the expose, Nigerians have continued to call for the resignation of the minister.

Ignoring the clamour and concerns of Nigerians, Mr Buhari stoutly defended the minister’s dangerous views, claiming Mr Pantami made those terror-friendly comments when he was young. The Gazette had however verified that the minister made most of his explosive utterances in his thirties.

The president further insisted that the “apology” of the minister was enough to heal the wounds and console the victims of his divisive past.

Yet, even though Mr Pantami told The Gazette that he harbours no ill feelings against people of other faiths as he hires Christian aides, he has also refused to categorically apologize and atone for millions of Nigerians put in harm’s way via his past preaching.

Many Nigerians have also accused the communications minister of refusing to publicly denounce the Taliban, Al-Qaeda, and Boko Haram.

Instead, they slammed him for excusing his past bad behaviour of fatal consequences on immaturity though he was an adult when he made some of the murderous statements.