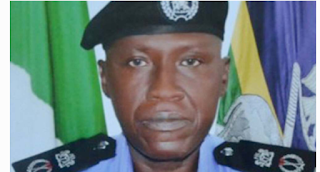 No fewer than two persons were fatally shot while others sustained gunshot wounds as operatives of the Nigeria Police opened fire on residents in Abuja, witnesses told Peoples Gazette.

The incident occurred Tuesday morning in Kabusa district within the city’s metropolis.

It was gathered that the attack was prompted by a violent protest that occurred yesterday over the death of a man who died in police detention.

The Gazette findings could not independently verify the identity of the victim who died in custody as of the time of filing this report.

Residents told The Gazette that the deceased was detained at the Kabusa Police Division for two days after his vehicle rammed into a commercial motorbike operator.

A witness, Mohammed Damana, told The Gazette Tuesday afternoon that the deceased took the injured motorcycle operator for medical treatment shortly after the accident on Saturday.

“After the deceased paid for the okada rider medical bills, he was apprehended by the police and was detained for two days until he died yesterday in detention.

“On hearing the news of his demise, his wife and group of certain youths from Pigasamawa community stormed the police station and barricaded the entrance.

“The irate youths forced their way into the station’s compound and tried to free other suspects in detention,” Mr Damawa said.

The witness further disclosed that the police had to call for reinforcement from the headquarters of the FCT Command to foil the jailbreak attempt.

“After calm was restored yesterday in the community, the police had to deploy more operatives this morning that unleashed mayhem on innocent residents,” the witness said.

“They open live ammunitions, fired teargas on us this morning and killed two persons including a child of about 10 years old.”

“I saw the lifeless bodies of the victims with my own eyes before I scampered to safety. They also injured an unspecified number of people.”

Another resident, Jerry Girbau, commercial motorcycle operator, told The Gazette that he had to run for his dear life when the shooting started.

“I saw a lady who sustained gunshots wound on her thigh lying helpless on the ground. But I heard that normalcy has been restored in our community and I don’t have the plan to go back today,” Mr Girbau said.

The police spokeswoman, Mariam Yusuf, in a statement sent to The Gazette, confirmed the incident and disclosed that the police has launched investigation into the matter.

“The Police Command of the Federal Capital Territory on Tuesday, 18th May, 2021 restored calm at Kabusa axis following a violent protest by some residents of the area who were agitating over a suspect who was earlier rescued from an angry mob for knocking down two (2) passengers on Monday 17th May, 2021 leaving them with fatal injuries.”

“Unfortunately, the suspect who had been beaten to pulp by the angry mob as a result fell ill and was rushed to the hospital for treatment were the doctor certified him dead,” the police said.

“In view of the above, some residents of Kabusa during the violent protest attempted to overrun the Divisional Headquarters but  were resisted by a joint team of police operatives. Regrettably, in the bid to restore calm one young resident sustained serious injuries and is currently receiving medical attention,” the police added.

When probed further about the residents killed by security operatives, Ms Mariam kept mum and did not respond to the query.