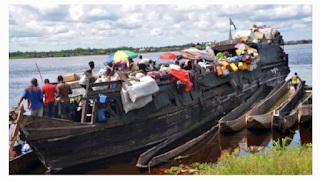 Some people were feared killed while others went missing after a ferry carrying over 170 passengers sank in the River Niger, Peoples Gazette has learnt.

A police spokesman in Kebbi told The Gazette that officers have received information that a boat that departed Niger State had capsized on its way to Kebbi.

“We learnt that more than 170 people were on the boat,” the official said. “We are trying to confirm fatalities at this moment.”

The passengers were said to be mostly women and children, although the actual figures were yet unclear.

The incident came weeks after a boat capsized in Niger, killing about 30 people.