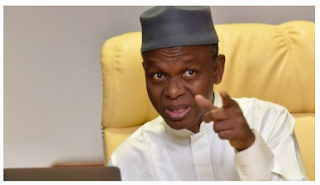 Mr Muhammad, who made this known in a statement on Sunday, said that the enforcement would commence on Monday.

The spokesman said that the task force teams include officials of KADIRS, Federal Road Safety Corps, and Kaduna State Traffic Law Enforcement Authority, among others.

He said that the teams would be on all the major roads across the state, urging vehicle owners to cooperate with the task force.

“KADIRS is appealing to all vehicle owners to ensure that particulars of their vehicles are up-to-date and valid.

“The Executive Chairman of KADIRS, Zaid Abubakar, appreciates your understanding and usual cooperation.

“Enforcement will be carried out starting from Monday, May 31,” he said.