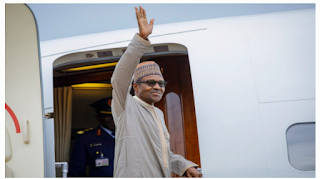 President Muhammadu Buhari will on Sunday depart Abuja for Ghana, to attend an emergency one-day summit of  the Economic Community of West African States (ECOWAS).

Femi Adesina, the president’s spokesman, confirmed this in a statement in Abuja on Saturday.

According to him, the one-day summit will focus on the recent coup that took place in Mali.

Arrested and detained alongside the president at a military base in Kali, was the prime minister, Moctar Ouane and defence minister, Souleymane Doucoure.

“As the situation in Mali continues to evolve, Nigeria has condemned the May 24 military coup, the subsequent detention of the president and prime minister by soldiers, and called for the immediate and unconditional release of all civilian officials detained,” the statement read in part.

The country’s leadership has been hanging in the balance since the toppling of elected president, Ibrahim Boubacar Kaita, on August 18, whose government was embroiled in corruption allegations and faced growing complains of unsatisfactory handling of the country’s insurgency by jihadist militia.

Following President Kaita’s overthrow, an interim government, composed of President Ndaw and Prime Minister Ouane and others, with soldiers holding key positions, were installed and charged with the responsibility of supervising transition back to civilian rule which was to span 18 months.

Before this latest coup, huge doubts had surrounded the military-filled government’s willingness to keep to its promise of complete reforms and conduct of election within the stipulated timetable.

The Nigerian government on Tuesday condemned the detention of the Malian President, saying the action might breach the peace in the country.