Okowa to Lawan: Elected Leaders Must Echo the Voices of Their People - The Naija Weekly

Home Politics Okowa to Lawan: Elected Leaders Must Echo the Voices of Their People

Okowa to Lawan: Elected Leaders Must Echo the Voices of Their People 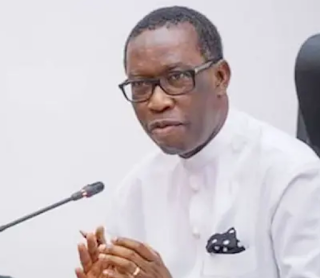 Delta State Governor, Dr. Ifeanyi Okowa, has condemned the statement made by the Senate President, Ahmed Lawan, following Southern Governors’ call for restructuring, ban on open grazing and fiscal federalism, saying, “If your people are talking and you’re an elected person but you shy away from giving further voice to their voices, then, you ought not be in the position that you occupy.”

Okowa, who spoke at an empowerment scheme by the minority leader of the House of Representatives, Hon. Ndudi Elumelu, yesterday in Asaba, Delta State, also said it was utterly wrong to vilify the southern governors for heeding to the voices of the people and seeking to promote unity in the country.

The Senate President had after observing the Eid prayers at the Presidential Villa in Abuja, Thursday, faulted the Southern Governors’ resolutions, asking them to first start the restructuring in their respective states.

But Okowa noted that restructuring has been talked about for so long, with voices of PDP and APC endorsing it, saying that Nigerians must gather at a table to discuss for the good and future of the country.

While agreeing that there might be different views and approaches to restructuring, the governor opined that when they sit at a table to dialogue, they would be able to agree best on what’s good for Nigeria.

He warns that if the leadership continued to shy away and ignores the voices of the people, it would give room for further crisis.

Okowa said, ”Unfortunately, I read in the papers that somebody (Lawan) said we ought not to talk about certain things being elected people. If your people are talking and you’re an elected person but you shy away from giving further voice to their voices, then, you ought not be in the position that you occupy.

“So, I must thank our people in the House of Representatives, who have responded to the speech made by their colleague in the National Assembly. All the things that the southern governors discussed, nothing is against the unity of this country.

”As elected governors, we believe in the unity of our country, but it will help us also to advance the need for certain things to be done in order to give strength to that unity. That cannot be a reason for us to be vilified. So, I thought that it was time for other leaders across the country to thank the southern governors for uniting to give a voice to the conversations, because all those conversations coming at large level and it is given in the interest of larger majority of the people that we can have a truly united nation in which there’s fairness and equity and trust amongst our people and the leadership.”

Okowa said an attempt must be made to take some actions at the national level to put a stop to open grazing and therefore advised the federal government to spend part of the national resource to help to start new pilot schemes for ranching and grazing reserves.

According to him, ”Today, in the developing world things are changing very fast and I think we are ready to begin to look futuristically, we may not be able to get ourselves out of where we are at the moment. There are several grazing reserves that have been abandoned, why were they abandoned?

“We have asked that the federal government let us spend part of the national resource to help to start new pilot schemes for which those of us in the south do support that some federal resource be spent to start up some of these ranching, grazing reserves or whatever you call it, in order to slow down and eventually put a stop in years to come.

”I don’t think that’s a wrong decision; it’s in the best interest of our nation and our people. I urge that all leaders in the country, stakeholders to log into the good salvations that have been put forth by southern governors and it’s time to embrace it as a people. It is in the interest of the country, otherwise,we will get to a stage when there will be food insecurity in the land.”

On the upcoming gubernatorial election in Delta State, the governor chided politicians and citizens jumping the ship due to promises made to them in the scramble for who will replace him as governor.

”We are politicians and politics will have to be played. I can see that a lot of things are going on in our dear state, especially, as the scramble for who will replace Dr. Okowa comes. Unfortunately, some were not even patient right from the very first three months that we came into office for our second tenure, they have started their campaign. That ought not to be. Beyond all these, I want to charge our leaders and our people to be cautious, because politics, if you don’t play it rightly, you can throw your people into quietness.

”Whoever is coming to rule over this state by the special grace of God must be somebody, who is ready to ensure that there is fairness, justice and equity in everything. We want somebody, who will come to Asaba and see Asaba as his own and not somebody who will come in here and feel that Asaba as headquarters is misplaced.

“We must make the people happy and together, because collectively when we speak as one people and endorse somebody that has a life line, somebody who will be fair to all Deltans, then, we can be happy and go to sleep. I will not have a governor that will put a ban on Anioma people,” he added.