Outrage as British firm trademarks ‘Yoruba’ for commercial use 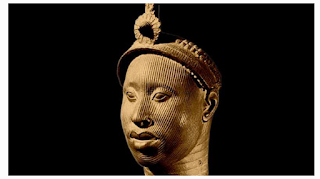 Culture Tree, an educational organisation promoting the learning of African languages in the United Kingdom, has criticised a British clothing brand for registering “Yoruba” as its trademark.

The company, in a thread of tweets over the weekend, said it discovered that ‘Yoruba’ has been trademarked while it was trying to trademark ‘Yoruba Stars’ that had become popular among its students as part of a programme that teaches children the Yoruba language.

“I noticed that there was a company called Timbuktu Limited @timbuktuglobal based in Lancashire who had registered the word ‘Yoruba’,” the organisation said.

They go on to note that the registration of that word stopped anyone from using or registering any brands with the word ‘YORUBA’ under the category it had been registered under. “I went ahead and registered my trademark of ‘Yoruba Stars’ as I was sure there wouldn’t be an issue. A few months later I received an email from the IPO that @TimbuktuGlobal had opposed me registering the trademark products or having anything to do with Yoruba at all.”

Culture Tree said its legal representatives reached out to Timbuktu, which then offered to sell the trademarked word to them.

The tweets sparked outrage on the social media site, with people questioning why the name of a tribe would be trademarked by the British government.

Timbuktu did not return a request seeking comments, but a Twitter user posted what appeared to be a response from the company via email.

“By registering Yoruba, we in no way aimed to insult anyone. This was not our intention and never would be. We did not profit from this name and never intended to,” according to the response said to be from Timbuktu.

Under British trademark law, the owners of a trade mark can legally defend their mark against infringements, if the trade mark has either been registered, or has been used for a period of time so that it is popularly linked to the owners.

Under Nigerian trademark regulations 2021, trademarks which would likely deceive or cause confusion may not be registered.

Yoruba and other Nigerian tribes and languages have long been considered protected from being owned by an individual or entity, but it was unclear if the Nigerian government will be allowed to file charges or pursue arbitration over the trademarking of ‘Yoruba’ by a foreign entity in a foreign country.