PDP urges DSS to invite Akpabio over comments on insecurity 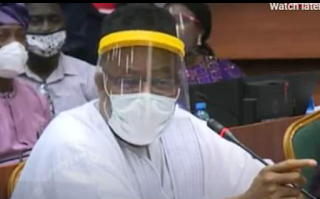 The Peoples Democratic Party has charged the Department of State Services and other security agencies to invite the Minister of Niger Delta Affairs, Godswill Akpabio, for questioning over his claim that the spate of insecurity in the country is politically motivated.

According to the PDP, the minister will do well to expose politicians who are within the rank and file of the ruling All Progressives Congress to enable security agencies to check the spate of killings and kidnappings across Nigeria.

This was contained in a statement titled, ‘Terrorism: Invite Akpabio for Questioning, PDP Urges DSS,’ and signed by the National Publicity Secretary of the party, Kola Ologbondiyan, in Abuja, on Friday.

The PDP said, “There is a self-professed evidence that Senator Akpabio is privy to certain terrorism related information which he must be made to share with the DSS as well as other security agencies.

“Our party’s position is predicated on comments made by Senator Akpabio at the APC national secretariat in Abuja on Thursday that the acts of terrorism in our country are ‘politically motivated’ and that they are handiwork of infiltrators from neigbouring countries.

“It is instructive to state that Senator Akpabio’s revelation provides more insight into the alleged affiliation of APC leaders with terrorist elements, who had reportedly infiltrated our nation after being imported from neighbouring countries by the APC, as political mercenaries, to assist it in unleashing violence to rig the 2019 general elections.’’

He said, “It is now evident that the PDP which has taken its rightful place in the dustbins of our political history is sinking deeper in infamy.”