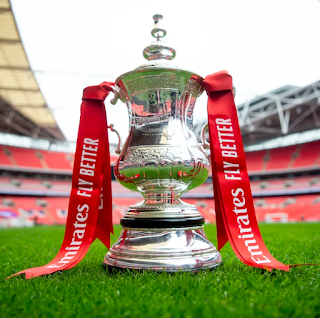 Welcome to episode 140 of English football’s longest-running thriller, the FA Cup final. This year’s Wembley finale arrives before the closing titles of the Premier League season, and is part one of two crucial games, back-to-back, between Chelsea and Leicester. We meet again in the line of duty on Tuesday at the Bridge when the shoot-out is for a top-four finish.

For the first time in the club’s 116-year history, the Blues have reached the final of a major competition in five successive seasons. It was only nine months ago the Londoners were last part of this ticker-tape occasion, and Saturday brings our 15th appearance since 1914/15. Chelsea have lifted the trophy eight times, on each occasion in the hands of a different coach. Thomas Tuchel is looking to make that nine.

In contrast, the Foxes have endured a 52-year wait (and 30 different teams have reached the final since then). They have competed in four previous FA Cup finals – the most without ever winning the trophy.

Leicester’s 2–0 victory over Chelsea in January proved to be Frank Lampard’s last in the league as coach. By then, though, the Chelsea legend had already stewarded his side through to round five of this competition.

Lampard was stand-in skipper when the Blues won the Champions League after the FA Cup, but it is important not to get carried away with all the ‘echoes of 2012’. Nothing is in the bag yet, and Wednesday’s surprise setback was a reminder it takes 100 per cent intensity and commitment to maintain this club’s reputation as serial winners.

The echoes of 2011/12 may feel irresistible but there is so much work still to be done to achieve anything this season. The first marker that can be put down comes this weekend with the possibility of a ninth FA Cup triumph.

While Thomas Tuchel monitors the availability of Andreas Christensen and Mateo Kovacic, he has the luxury of a near-full squad from which to select his starting 11, and five substitutes available on the day.

The Bavarian has already indicated Kepa Arrizabalaga will be between the posts on Saturday. The Spain goalkeeper is no stranger to these occasions: he kept goal for the Londoners in the Europa League and Carabao Cup finals in 2018/19, conceding once.

Even if his reliable Danish centre-back is unavailable, Tuchel may freshen up his back three from Wednesday with Toni Rudiger likely to step in. N’Golo Kante, absent from the January defeat at the King Power Stadium, should return after sitting out midweek.

Similarly, Timo Werner seems certain to be recalled to the Blues’ attack, while Hakim Ziyech was given the nod in the semi-final win over Manchester City, scoring the vital winner from the German’s lay-back.

A similar game-plan to that Wembley game might be in order with Tuchel insisting his team play with intensity, pressing to win possession high upfield and advancing the ball rapidly. Newcastle last Friday exposed Leicester’s susceptibility to a shrewdly placed ball behind for players with pace, as Chelsea did to Man City the following day.

The Blues are far more familiar with Saturday's arena, this being our 25th game at the new Wembley Stadium when classed as a neutral venue, but both sets of forwards will hope the surface plays faster than it did for the semi-finals.

Last season’s Chelsea goalscorer in the FA Cup final, Christian Pulisic, will aim to emulate the last man to score in successive finals – Didier Drogba, who found the net against Everton and Portsmouth in 2008/09 and 2009/10.

Foxes in the final

Brendan Rodgers will be anxious about Jonny Evans’ availability for Leicester’s first cup final since 2000. The man he calls ‘the brain in our defence’ marshals his centre-back juniors, especially the assured but inexperienced Wesley Fofana.

On Tuesday against a weakened Manchester Utd, the former Blues reserve coach used a 4-4-2 formation in Evans’ absence. His regular set-up is 3-4-1-2, with wing-backs pushing up very high and centre-backs such as Fofana and Caglar Soyuncu given licence to probe forward and join the attack.

In central midfield, Wilfred Ndidi patrols and wins the ball while Youri Tielemans is more of a rover and a handy safe-cracker against deep defending. The Belgian can be bypassed, though, and exploitable space can be found between the Foxes’ midfield and defence.

The East Midlanders love to counter-attack, with the scheming James Maddison playing behind bustling strikers Jamie Vardy and Kelechi Iheanacho. Since his debut in this competition in January 2016, no one has netted more cup goals than Iheanacho, who has managed 14 in 19 games.

Whether by accident or design City attacked far more down the right flank on Tuesday through the Nigerian and hard-working winger Marc Albrighton, who generally knows when to cross and when to slip a short pass in.

It remains to be seen how Leicester will cope with their first big final appearance since 2000. Chelsea will hope they are focused more on the occasion than the game.