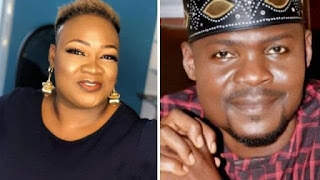 Rape allegation is a very serious offence, both for the complainant and the alleged. If rape was found to have taken place, the alleged could be facing a long sentence, if otherwise, the complainant too could face severe punishment. One good thing about the internet is that there are people who know how to talk, and there are people who know how to understand. Having seen series of videos posted online relating to the case of Lanre Omiyinka, i have come to see a few holes in the stories being bandied online.

2. Assuming a 7 year old girl was raped by a 48 year old man, rape means forceful coitus, which means there was penetration. For a 7 year old, there will be blood. So if you are the mother of a girl that has just been raped, and she isn't crying or walking with a stagger and there is no blood dripping from her, something is wrong. Apart from this, the act was performed inside your house, was there no drop of blood lying around, what about the girl's pant or dress, no blood?. How could you not know? Who washed the girl's panties or clothes, did nobody noticed any blood? The answer to this is that its either their was no rape or it was covered up.

3. The complainant said she asked the 7 year old girl if there is any problem at that time but the girl didn't disclose that she was raped, but the complainant said she noticed that the little girl was failing at school, that was how she figured she had been raped. There is no proven correlation between grades in school and rape. Failing in the classroom is an index of the home environment and a measure of APTITUDE. The fact that the little girl could not TRUST you enough to tell you she had been raped, speak volumes of the bonding between you and the girl.

4. 7 years later, the girl now disclosed that she was raped, and she mentioned names. That was when you realised the named man has been avoiding you, and not taking your calls. Before then, you mentioned you recently divorced from your husband, and this named man is a good looking dude who still happened to be single. There could be many reasons why a single man will avoid a single woman and vice versa. Anyone reading this will understand what i mean. So i don't think avoiding you has anything to do with rape or guilt.

5. Number 5: What did you do with the important information given by the young girl? Did you confront the named man? Did you go straight to the police? Did you report to your Association or the elders in your industry? No. Instead, you set up a stage, you called the man and asked him to come to your house, set up CCTV cameras and left him with the child. You made sure the girl was wearing something sexy. In law, this is called 'Preemptive Strike', it is an actionable offence with severe consequences.

6. After the man had been played in, you came back into the house with some men, who wouldn't show their face, we don't know whether they are hoodlums or assassins, and whether they are carrying cutlasses or axes or other dangerous weapons.

i). They put him under arrest (False Imprisonment),

ii). They thoroughly rough handled him (battery and assault),

iv). They forced a confession out of him (Confession Under Duress).

Under what law are you doing these, these are actionable offences committed in that video by the complainant. If indeed you daughter has been raped, and the girl had come forward, you cannot take laws into your own hand, you go straight to the police, not as an afterthought.

7. The police video says there is no penetration, no rape. The police said its a case of sexual harassment. This means he made passes at a minor, to which he himself had confessed. This is an offence no doubt. Its a bailable offence, and its an offence punishable by a Garnishee Order. He will be told to stay away from anywhere near the girl. Not more than that.

8. How is it that it is the complainant who came to the internet to report that the named person raped her daughter, she and her hoodlums were the interrogators, also on the internet and she and her friends are the ones passing judgement. How can you be the press, the police, and the judge in your own case. She and her friends even went to the police to demand he be permanently remanded against constitutional provisions. Asking the Nigeria police to break the law for me is just UNCROIYABLE.