Reps pass bill to impeach president after 30 days without cabinet 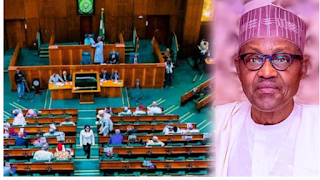 The House of Representatives has passed the Transition and Assumption Bill 2020. Under the bill, the president will be impeached after 30 days of not selecting cabinet members.

The parliament passed the bill during a plenary session on Tuesday, after the proposed bill had passed through the second reading. The bill would still need to be assented by the president to become a law.

Section 19(1) of the bill stipulates that “the president shall on assumption of office, appoint ministers within 30 days from the date he took the oath of office.”

In section 19(2) of the bill, the president shall constitute and appoint all boards of government agencies and parastatal that are due for constitution and appointment within two months from the date of his assumption of office.”

Also in section 19(3), the president “shall be guilty of a misconduct as provided under section 143 (2) (b) of the Constitution” if he fails to comply with the provisions of the proposed bill. It also outlined how the president can be impeached when he is guilty of “gross misconduct in the

performance of the functions of his office.”

The bill was sponsored by Kpam Sokpo, a lawmaker who represents Buruku  Federal Constituency of Benue state.

In 2015, President Muhammadu Buhari spent over 180 days in office before he appointed ministers and other members of his cabinet.