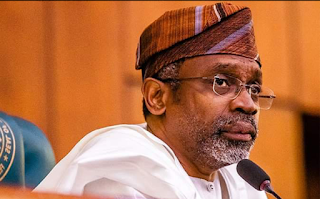 The House of Representatives has said the Speaker, Femi Gbajabiamila, did not oppose the recent resolutions of the Southern Governors’ Forum after its meeting in Asaba, the Delta State capital.

Chairman of the House Committee on Media and Public Affairs, Benjamin Kalu, noted that the House, under Gbajabiamila’s leadership, had always been an advocate of reviewing the 1999 Constitution.

Kalu was reacting to the condemnations that followed the report by a section of the media that the Speaker reportedly attacked the governors.

He said this in a statement on Friday, titled ‘The Speaker did not say he is opposed to the Southern governors’ call for restructuring.’

The statement partly read, ‘The attention of the House has been drawn to several publications on online and traditional media, claiming that the Speaker, Rep Femi Gbajabiamila, is opposed to the Southern governors’ call for restructuring.

“The House gathers that this allegation was attributed to statements made by the Speaker at a recent interview seeking his opinion on the issue. The House states clearly and unequivocally that the publications are false and misleading.”

Kalu pointed out that nothing in the comments made by Gbajabiamila opposed the governors’ call for restructuring.

“Indeed, from the beginning of the 9th Assembly, the House under the leadership of Rep Femi Gbajabiamila, has reiterated its commitment to a thorough review of the 1999 Constitution of the Federal Republic of Nigeria as can be seen by the composition and activities of the Constitutional Review Committee of the House,” he stated.

Meanwhile, the Speaker  of the Ogun State House of Assembly,  Olakunle Oluomo on Friday, tackled the Senate President, Ahmed Lawan for “condemning the resolution of the southern governors.”

Oluomo expressed concern about the Senate President’s reaction, describing it as wrong and a premeditated response to the genuine agitations of the people.

The Speaker  spoke in an interview with journalists  shortly after felicitating with the people of the state on the successful celebration of Eid el-Fitr.

With such response emanating from the Senate President, Oluomo said he doubted Lawan’s commitment towards the ongoing  constitution amendment.

He said, “If Senator Lawan is very sincere about amending the constitution to suit the exigency of this time, I don’t expect him to fire back at the governors for airing  the opinion of the people.

“Almost everybody in the country has been agitating for restructuring since we don’t know how we came together in 1914. What is wrong in all of us sitting together and rearranging our union? When has it become a crime in the Constitution of Nigeria to say the mind of those who elected you?”

Also, the  Yoruba sociopolitical group, Afenifere  on Friday, appealed to the President, Major General Muhammadu Buhari (retd),  to ensure Nigeria is restructured  before the  next election.

The Afenifere leader, Chief Ayo Adebanjo, said this at the group’s meeting held at his Ogbo residence in Odogbolu Local Government Area of Ogun State.

Adebanjo  said, “There must be a country before elections are held.”

He also renewed the call for  Buhari’s resignation, saying the President had no clue to Nigeria’s problems.

He said if Buhari failed to quit, he would  “plunge the country  into a crisis  which nobody can foretell its end.”

At the meeting which attracted  delegates of the Yoruba apex sociocultural group from across the country, Adebanjo was unveiled as the new leader  after a caucus meeting and a general assembly.