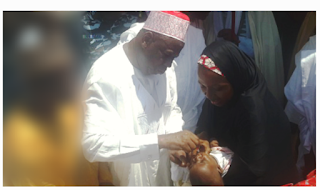 The Kano state government on Monday confirmed that six persons died of a strange disease in Minjibir Local Government Area of the state.

The Commissioner for Health of the state, Dr Aminu Ibrahim-Tsanyawa, who confirmed this said 46 other affected persons had been hospitalised.

Mr Ibrahim-Tsanyawa said the disease broke out in Gandun Koya village on May 7, and spread to adjourning communities.

“The cause of the outbreak can be attributed to open defecation and poor sanitation in the communities.

“The patients presented symptoms of diarrhea and vomiting.

“Six persons died of the disease, 28 were discharged and 18 others are still on admission,” he  said.

Mr Ibrahim-Tsanyawa said the ministry had begun investigation to unravel the cause of the disease.

While reiterating the commitment of the state government to awareness creation and preventive tips, Mr Ibrahim-Tsanyawa, urged the people to keep a clean environment and maintain personal hygiene to control the disease.