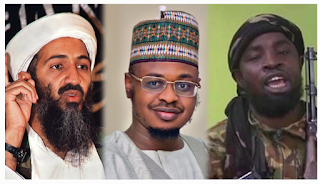 The Minister of Communications and Digital Economy, Isa Pantami, has expressed delight at the 6.47 per cent contribution by the ICT sector to the nation’s Gross Domestic Product in the first quarter of 2021, insisting his policies are responsible for the growth.

Mr Pantami expressed this in a statement issued by Femi Adeluyi, IT Technical Assistant to the Minister in Abuja.

According to Mr Pantami, the National Bureau of Statistics Q1 report said Nigeria’s GDP grew by 0.51 per cent (year-on-year) in real terms in the first quarter of 2021.

The minister attributed the consistent positive performance of the ICT sector to the focused and committed support for the administration of President Muhammadu Buhari for the digital economy sector.

He explained, “The federal government has provided an enabling environment for the ICT sector to thrive through the development and implementation of relevant policies.

But he insisted in the statement that “the GDP report has shown that the ICT sector continues to serve as a catalyst for the growth and diversification of our economy.”

Mr Pantami has a sordid past replete with murderous intentions, extremist views, and avowed support for the Taliban and Al-Qaeda.

He said this marked two consecutive quarters of growth following the negative growth rates recorded in the second and third quarters of 2020.

“Growth in the non-oil sector was driven mainly by the information and communication, telecommunication sector, while other drivers include agriculture, manufacturing of food, beverage, and real estate.

“Others are construction, human health, and social services, and it is worthy of note that the ICT sector grew by 6.47 per cent in Q1 2021, making it the fastest-growing significant sector of the Nigerian economy,” explained the minister.

Other areas that grew the economy were post and courier services which grew by 2.53 per cent, while it was noted that the services were under the supervision of the communications and digital economy ministry, however, listed under the transportation sector in the GDP report.