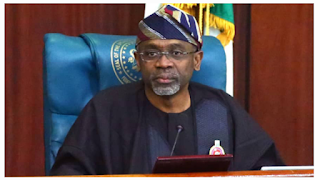 Some suspected hoodlums attacked voters who assembled to vote for their preferred candidate at the All Progressive Congress (APC) council primary election held at Surulere Local Government Area, Lagos state on Saturday.

People Gazette learnt that two people were reportedly killed by some hoodlums who stormed the venue of the party’s primary elections.

The incident happened at the voting venue in Haastrup Street, off Ayilara Ojuelegba Surulere.

Reports say violence broke out when party faithfuls rebuffed pressure by some leaders to vote a particular candidate against their wish.

A video footage shared online showed that the voting exercise was disrupted by some hoodlums alleged to be led by Deputy Chairman of Road Transport employee Association of Nigeria (RTEAN) Ojuelegba chapter, Sunday Aransiola.

Residents of the community alleged that the hoodlums are being sponsored by Femi Gbajamibila, Speaker of the House of Representatives, who represents Surulere Federal Constituency.

The voting exercise was suspended, due to the incident.

The police spokesman in Lagos, Muyiwa Adejobi, told the Gazette that he is yet to receive any brief on the matter, saying he will find out.

“Ok. I will find out and revert,” he told The Gazette.