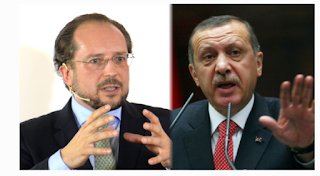 The Austrian Federal Ministry for European and International Affairs has summoned Turkish Ambassador Ozan Ceyhun after President Recep Tayyip Erdogan “cursed” Vienna for raising the Israeli flag over government buildings in solidarity amid hostilities on the Gaza border, the ministry told Sputnik on Tuesday.

“After these absurd statements by president Erdogan, the Turkish ambassador was summoned to the foreign ministry in the first half of the day to clearly convey Austria’s position,” the ministry said.

In a statement obtained by Sputnik, Austrian Foreign Minister Alexander Schallenberg said that the conflict in the Middle East could not be settled “with foam at the mouth.”

“Hamas is a terrorist organisation,” the minister said.

He said that by attacking governments, including the Austrian one, Turkish politicians once again show “their terrifying perception of the law.”

“Instead of adding fuel to the fire, we urgently call on Turkey to contribute to the de-escalation,” Mr Schallenberg added.

The Turkish president previously accused Israel of “heinous attacks against the Al-Aqsa Mosque,” one of the holiest places in Islam, saying the Israeli authorities have provoked the recent round of tensions in the region.

The clashes in Jerusalem escalated quickly, resulting in a major exchange of fire between Hamas militants and the Israel defence forces, with over 3,300 rockets launched from the enclave.