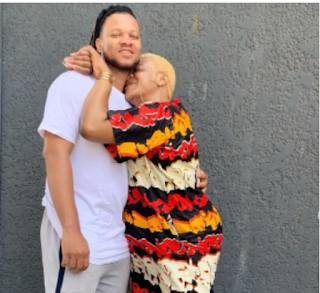 Nollywood actress, Uche Ogbodo, has rebuked a troll on social media after he called her baby daddy, Bobby Moris, ‘broke’ for using a hand fan.

In the video shared by the actress, Moris was fanning her in their living room, an act which made the actress praise him for his help.

Asides from hailing him, the mother of one also prayed for God’s blessing upon his life.

“God bless this Man wey no let Heat do me @bobbymaris, your heart is One in a million. Thanks for all you do for Bunny & I 🥰🥰❤️. Make Unah help me thank Am, nAh man be this,” she captioned.

However, as usual, netizens reacted to the video, with some of her fans wondering why a full-grown man would be fanning her.

A troll in the comment section then called Uche’s baby daddy a broke guy for fanning her. He explained that there are better ways of pleasing a woman especially when you have money.

Responding to the comment, Uche blasted the fan for calling her father’s child broke.