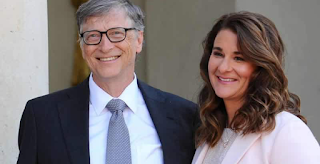 The Microsoft founder-turned philanthropist, Bill Gates, has announced a divorce from his wife, Melinda, after a 27-year marriage.

The announcement from one of the world’s wealthiest couples, with an estimated net worth of $130 billion, was made on Twitter on Monday.

Despite the divorce, the couple said they would continue their joint work on the Bill & Melinda Gates Foundation, which funds programmes in global health, gender equality, education, and other causes.

“After a great deal of thought and a lot of work on our relationship, we have made the decision to end our marriage.

“Over the last 27 years, we have raised three incredible children and built a foundation that works all over the world to enable all people to lead healthy, productive lives.

“We continue our work together at the foundation, but we no longer believe we can grow together as a couple in this phase of our lives,” a joint statement tweeted by Bill Gates read. 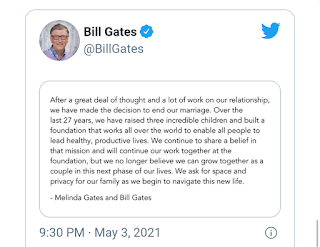 The two, who met in the late 1980s when Melinda joined Bill’s Microsoft firm, have three children.

Financial details are not yet clear as of the time of filing this report.